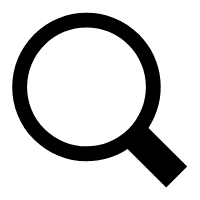 Why is the isolated driver NSi6801 superior to the optocoupler driver?

In recent years, with the spread of the IoT, big data and cloud computing in the industry, the global industry is undergoing a new revolution. To achieve intelligent, low power consumption and high-efficiency output, more sensors and nodes are applied in industrial applications. The number of electrical components continues to increase, while the weight and volume of industrial electrical systems are decreasing. The applications represented by NEVs and power transmission are increasing the working voltage.

Optocoupler isolation is a widely used technology at present. Photocoupler isolator is a device that transmits electrical signals through the medium of light. Its principle is to encapsulate light-emitting diode and photosensitive diode together. When the input is loaded with a certain voltage, the light-emitting diode emits light, and the photosensitive diode receives the light and generates a current, which flows out of the output. In this way, the "electricity - light - electricity" conversion is realized. Through electricity-light conversion, the optocoupler isolator insulates the input and output, allowing one-way transmission of signals.

In industrial automation systems where strong and weak electricity coexist, isolation measures are essential. Isolation can protect sensitive circuits from high voltage disturbances and damage, thus ensuring the normal operation of the system, prolonging the service life of the system, and protecting the safety of operators.

With advantages of simple use, low cost, small size and no contact, optocoupler isolated driver is widely applied. However, the optocoupler isolated driver also has some disadvantages, such as poor common mode interference suppression ability, low isolation performance and reliability, long transmission delay, high driver loss and temperature rise and low maximum operating temperature of the driver, which is difficult to meet the development requirements of the current industrial isolated driver technology.

The digital isolated gate driver NSi6801 launched by NOVOSENSE solves the problem of the engineers in the selection of isolation devices. The external circuit of the isolated driver is the same as that of the optocoupler isolated driver, but it has great advantages over the optocoupler isolated driver in terms of anti-common-mode interference suppression ability, isolation performance and reliability, transmission delay and driving ability. Engineers do not have to choose between ease of use and performance.

In terms of performance, what are the advantages of NSi6801 compared with optocoupler isolators?

Take the common mode transient immunity (CMTI) as an example. Due to the parasitic capacitance effect of the optocoupler isolator, the interference pulse may cause the output terminal to be switched off or switched on by mistake. When there is the pulse signal of 35kV/μs at the output of optocoupler isolated driver Axx-Wxxx of certain mainstream brand, the input will be triggered by mistake. NSi6801 adopts capacitor for isolation. To improve the common mode transient immunity, the isolation circuit of NSi6801 consists of four capacitors to form a differential line to transmit signals, which ensures that the capacitance values of the four capacitors are close, so as to effectively reduce the common mode interference. The Adaptive OOK™ technology, patented by NOVOSENSE, further enhances its common mode transient immunity. In the test, the NSi6801 can still maintain proper output under 200kV/μs common-mode interference.

In isolation performance, the NSi6801 wins across the board. NSi6801 meets the enhanced isolation standard of the latest new DIN VDE V 0884-11. The maximum working DC voltage of NSi6801 is 2121V, nearly twice higher than the maximum working voltage of the mainstream optocoupler; Its one-minute peak voltage resistance reaches 8kV and RMS value reaches 5700V, both of which reach or exceed the highest levels of optocoupler. In terms of creepage distance, NSi6801 can be applied to DC bus system of more than 1000V, and the optocoupler isolator can only be applied to bus system of less than 800V DC according to IEC60950.

In terms of working time, NSi6801 can work normally for more than 45 years at 2121V bus voltage, with failure rate of one in a million during its life. By comparison, the Axx-Wxxx series optocouples has a recommended service life of 11.4 years at 1414V DC.

In addition, the NSi6801 has high driving capability. It has a minimum output current of 3.5A and a typical value of 5A, which has obvious advantages over the optocoupler isolated driver. Different from mainstream optocoupler isolated driver that only adopt PMOS on the transistor, NSi6801 driver adopts NMOS and PMOS in parallel in the transistor to effectively reduce the internal resistance of the driver, thus enhancing the ability to drive under different output voltage, and reduce the driver loss. The driver loss reduction can reduce the device heating. The working junction temperature of NSi6801 is 150℃, which effectively ensures the reliability of the system in high-speed switching or high temperature application.

Through multiple comparisons, it can be found that NSi6801 has obvious advantages over the corresponding mainstream optocoupler isolated driver in terms of common mode transient immunity, isolation performance, working life, transmission delay, driving ability and temperature rise. And because of its pin compatibility, engineers can apply it directly without changing the design, improving the design performance in one step. Therefore, NSi6801 is a better choice to replace the optocoupler isolated driver.

Thank you for your inquiry.

Please provide the following information and we will contact you as soon as possible, thank you.